Imperial Chartered > Finance News > Spring Budget 2021: What it means for tax and investments in the UK 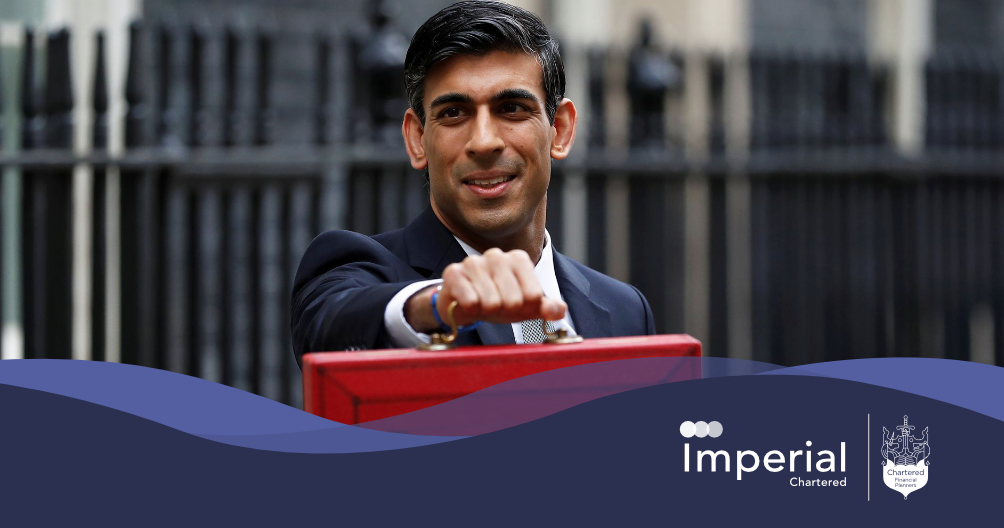 This year’s Budget marked a crucial moment for the chancellor Rishi Sunak and the government, where they announced new measures to help the country recover from the Covid 19 pandemic.

While there were many more policies announced that will boost the economy, the Chancellor also announced some tax increases in order to try and balance the books in the longer term.

The lead up to Wednesday’s announcement created a lot of media speculation around an attack on CGT, IHT & Pensions to name but a few. It was a pleasant surprise to see that none of the tax wrappers were attacked. Sunak has also decided to freeze some tax rates, which can be seen as a positive considering the current climate. Here are some of the key points we have taken away from the Spring Budget that we feel are relevant for Imperial Chartered clients:

In addition, the Treasury also announced in the Budget it would be maintaining the current inheritance tax (IHT) thresholds.

The annual exempt threshold of £12,300 before capital gains tax is liable is also being frozen.

Considering the rumors of ‘tax raids’ in these areas, the announcements were certainly well received at Imperial Chartered and deemed as a positive from a financial planning perspective.

When it comes to pensions, the only real change (apart from the LTA freeze) was the announcement of possible new rules to encourage workplace schemes to invest in illiquid assets. To do this, the government is going to carry out a review into the charge cap. The Government plan to consult within the next month on whether certain costs within the charge cap affect pension schemes’ ability to invest in a broader range of assets.

One of the biggest factors that was discussed in the budget was Income Tax, where Sunak announced he would be freezing each of the income tax thresholds:

This policy will bring millions more into higher tax brackets as inflation and wages rise. The Treasury has also estimated that it will raise £19.3bn from this over the next five years.

Businesses with profits over £250,000 will see their tax rate rise to 25% by 2023, and firms making less will see their rate reduced by marginal relief.

Last year, it was revealed that large numbers of women were being underpaid.

Therefore, the budget stated that The Department for Work and Pensions (DWP) disclosed its bill for underpaid state pensions for certain married women, widows and people aged over 80 will be £3bn.

In the summer, a new sovereign green bond framework will be released. As part of this new scheme, Sunak has introduced a new ‘green bond’ issued by National Savings and Investments.

This new bond will allow savers to invest in green projects whilst earning interest on their savings.